AND I AM THE FOUNDER OF

I was originally born in Malaysia, but my ethnicity is Chinese. My family immigrated to Canada to give me the chance at a good education and a better life.

The way I grew up was a very traditional mindset.

I did everything the right way.

Went to a good school.

Got a bachelor’s degree.

My dad used to have a very traditional mindset when it came to school and my career growing up.

On one hand, my dad would tell me to always commit to University and a good career. 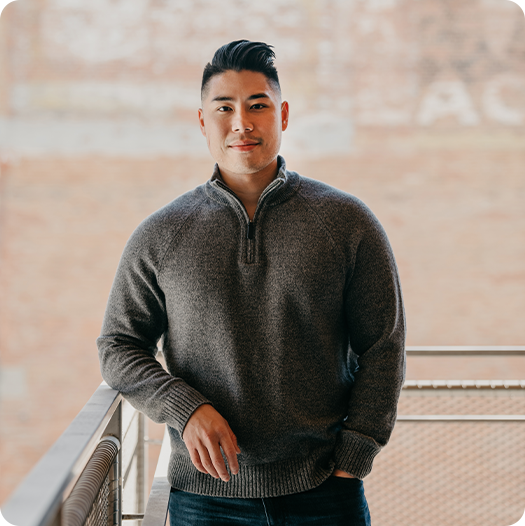 My mom on the other hand actually supported me quite a bit when it came to entrepreneurship.

One of the things that really got me hooked on entrepreneurship was my mom enrolling me into a high school program called “Junior Achievement”.

This was my ‘first’ start as a business owner (minus the dog poop business I started when I was 10).

Anyhow, the program basically took a group of high school kids and actually helped us launch a business.

So while in the program, I ended up selling collapsible water bottles.

I did this for a couple years and got some amazing experience from it.

But then I graduated high school and went straight into University for my Bachelors Degree in Commerce.

In year 1 of university, I decided to actually start a window cleaning/house painting business.

That was the hardest thing I’ve ever had to do!

I was 18 with hardly any business experience.

I took a loan, borrowed money from my parents, and bought everything I needed to start this business

I didn't really know the value of money

I didn’t really know the value of money, but I knew I wanted a lot of it due to the struggles growing up.

So I started doing a ton of research into online businesses I could start.

First thing I tried was network marketing with a company called “Amway”. Don’t even need to say much about that lol.

Then a couple months later…

I landed on a course on how to start a marketing agency.

Now granted, it was a crappy course but got me my start in this online world.

Started hustling and doing free work for a couple months.

I cold called every day, knocked on doors, and went to networking events.

Pretty much what I knew from running a painting business.

Didn’t get a client from any of that.

Pretty embarrassing when you’ve announced to friends and family that you quit your job and ditched law school to start a biz.

That first client changed everything for me.

It solidified that I could do this.

That first client was so damn difficult to get.

But after that, I started landing clients left and right.

Linked up with a business partner and we ended up scaling the business to over 50k/month in about 16 months.

Had one month where we grew it to 96k/mo with a combination of D4Y & DWY offers, but I don’t really like to count it.

During the course of those 2 years, I actually became a digital nomad and moved across the world away from Canada. 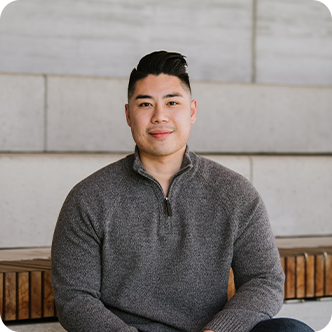 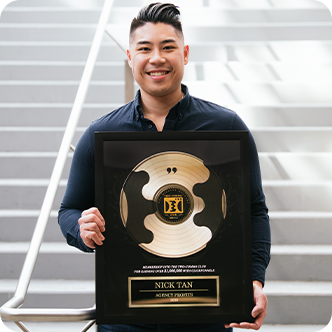 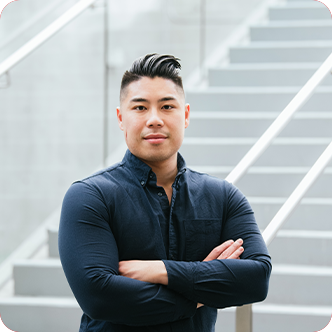 I moved to Vietnam for 6 months

I met my amazing girlfriend in Malaysia as she was doing an exchange from the UK.

We hit it off and I decided to move to the UK with her for a year.

My business partner and I split shortly after I made the move.

So now I’m managing my agency and working with others to start and grow their agency.

Since going off on my own and starting from scratch, I received my 2 comma club award from Clickfunnels, which is crazy.

I owe my life to my marketing agency.

We now consistently do 100k months.

If it can help others the way it has helped me, I’m all for it.

We have helped over 400 entrepreneurs build and grow an online agency. 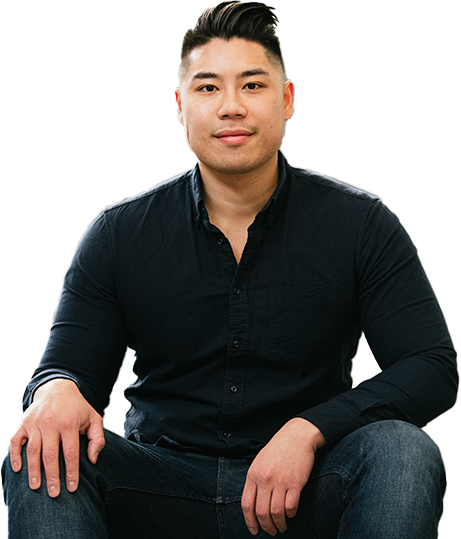 Agency Profits
5.0
Based on 15 reviews

eric Ormesher
17:39 06 May 22
Nick Tan and the team are absolutely fantastic. If you’re looking for a place that’ll coach you, and guide you every step of the way towards your goal of running your own online business they’re truly great. Plus the community that you join is more than supportive and friendly. I’m almost at the end of my program and i’m going to miss them.

Matthew Learning
16:33 05 May 22
Nick Tan and the Agency Profits teams are awesome. If you're looking to get into digital marketing or to start your own digital marketing agency, there is no one better to learn from than Nick.

Jonathan Adolfo
01:28 05 May 22
Nick Tan and his Team is the Best!!! They care genuinely to individual people. Highly Recommend working with them.

Steven Aucoin
00:28 05 May 22
Very Supportive community, fully recommend if you are looking for an Online Biz or something to shoot for in life.

Matthew Butera
23:33 04 May 22
One of the best in the game, helped me start my agency with the correct fundamentals! Highly recommend for anyone who's starting out and wants to skip past years of trial and error and wasting money trying to "figure it out".

Ian van Trigt
22:36 04 May 22
Nick Tan and his team have been nothing but dedicated and involved in the success of the many marketing agencies he's taken to training. Agency Profits strives to give truly valuable and tested methods of success and is absolutley worth dedicating your time and effort in if you want to succeed in growing or starting your agency.Thanks Agency Profits!

Maycon Cambaúva dos Santos
22:34 04 May 22
Nick Tan and Agency Profits really helped me to change my mindset and develop a sustainable way of work. My agency is still new, but now with Nick's team support I know exactly what to do to be successful.I certainly recommend.
‹
›
Menu 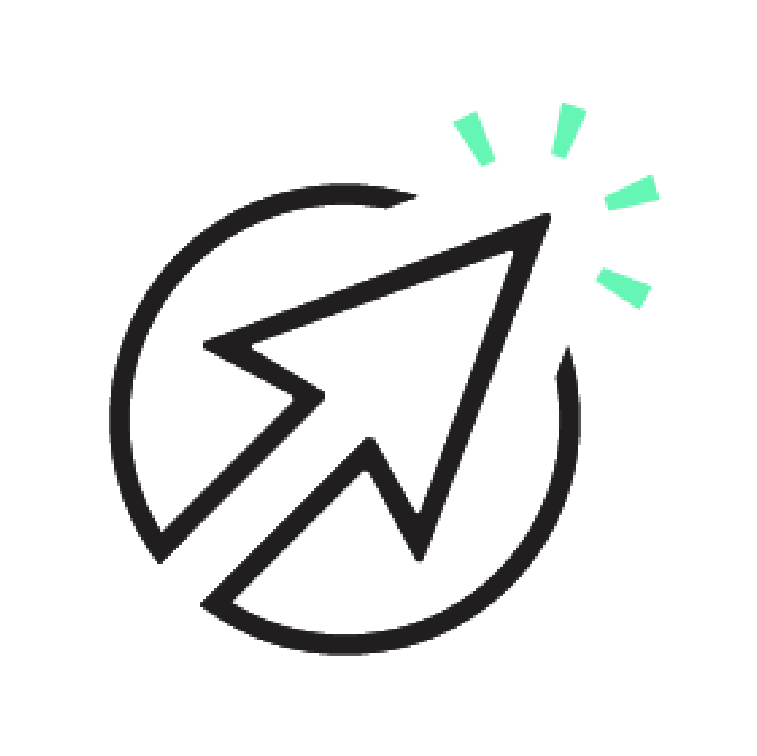 Manage Cookie Consent
To provide the best experiences, we use technologies like cookies to store and/or access device information. Consenting to these technologies will allow us to process data such as browsing behavior or unique IDs on this site. Not consenting or withdrawing consent, may adversely affect certain features and functions.
Manage options Manage services Manage vendors Read more about these purposes
View preferences
{title} {title} {title}

Get The FREE Agency Profits 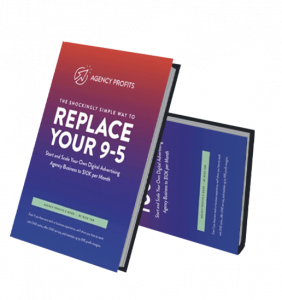 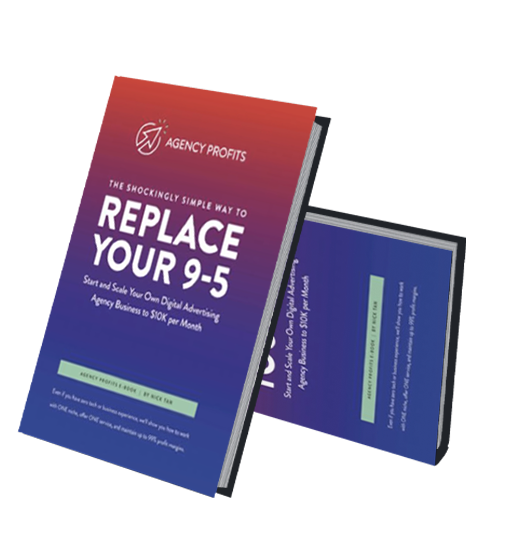